We are very excited to take the legendary Badwater 135 belt buckle – the holy grail of ultra running and endurance sports – in a new direction this year, and we found the perfect partners for doing so. First, in Lone Pine over the winter, we met Judyth Greenburgh of Darwin, CA (yes, Darwin, near mile 90 of the race route), who is a remarkable artist, fascinating woman, and a very legit desert denizen. After a visit to Darwin to get to know her, tour the area, and discuss the belt buckle art concept, she got to work on the design. She immediately “got” the concept, made it her own, and wildly exceeded our expectations.

Next, we met Kim Ashworth at Badwater Cape Fear in March. A marathoner, she was there to support her sister, Kelly Facteau, who was competing in the race. Their father, George Lavallee, made a point of telling me that they ran an awards company based in Boston. When I met Kim, she confirmed that they do, indeed, produce their awards domestically, including for the Boston Marathon, and I was thrilled to learn that. (We’d been told my many other awards companies that nobody produced such items in the USA anymore.) Thus Ashworth Awards became our new awards manufacturer, because we believe in supporting AmericaStrong companies.

The result of these two new collaborators is depicted here: the 2015 Badwater 135 belt buckle design, as well as a commemorative coin we’ll have available this year which features the centerpiece of the new art, but references 1977, the year that Al Arnold made his original, ground-breaking, history-making run from Badwater to Mt. Whitney. 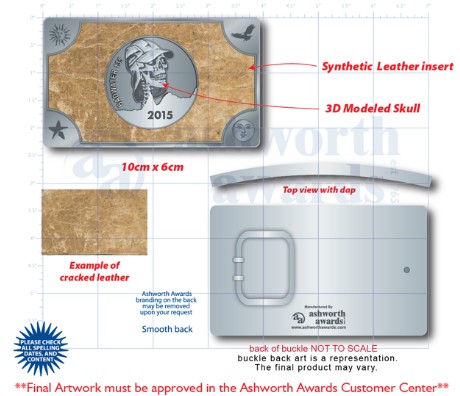 We’ll post photos of both items in July, once the actual finished products are in hand. As always, the buckles will only be awarded to Official Finishers of the 2015 Badwater 135, while the coins will be available for sale to anyone at the race, and through the Badwater Store hosted by our friends (and Badwater 135 veterans) at Zombie Runner.

As for the origin and inspiration for the art itself, we will save that story for another post, but we will say that it is directly associated with the history and concept behind the new, overall BADWATER® brand logo we started using last year: 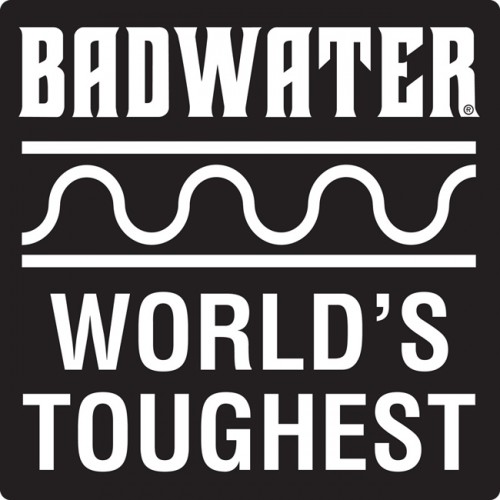