AdventureCORPS and Badwater only partner with reputable brands with similar values and which already have a proven track record among Badwater athletes. In this case, AdventureCORPS Chief Adventure Officer and Race Director Chris Kostman has been a fan and user of Fisher Space Pens for as long as he can remember. Although Chris never lived out his childhood dream of becoming an astronaut, he’s remained a staunch advocate of space exploration and all things NASA.

Besides organizing the world’s toughest races, Chris has worked as an archaeologist across the Middle East and South Asia, is a technical cave diver, and has competed in wintertime snowshoe races across Alaska. Through it all, he’s been a Space Pen user.  “These pens write upside down, under water, in temperatures as cold as 30 below and 250 above, in zero gravity, and they essentially last forever! Fisher Space Pen is an iconic American brand built to perform in extreme conditions, so a partnership with Badwater is an absolutely perfect fit,” said Kostman.

As a result of this partnership, all entrants in all four BADWATER races, including the legendary STYR Labs Badwater 135 on July 18-20, Silver State 508 ultracycling race on September 17-19, and Badwater Cape Fear on March 18, 2017 are receiving Fisher Space Pens which feature a laser etching of the BADWATER® brand logo. The feedback from the runners who received them already at the May 1-2 Badwater Salton Sea has been, well, out of this world.

“Fisher Space Pens are the most extreme writing instruments – both in and out of this world. We are proud to be a partner with BADWATER on their extreme races! Do something worth writing about,” commented Matt Fisher, VP of Sales for Fisher Space Pen, and the grandson of the founder and inventor, Paul C. Fisher. 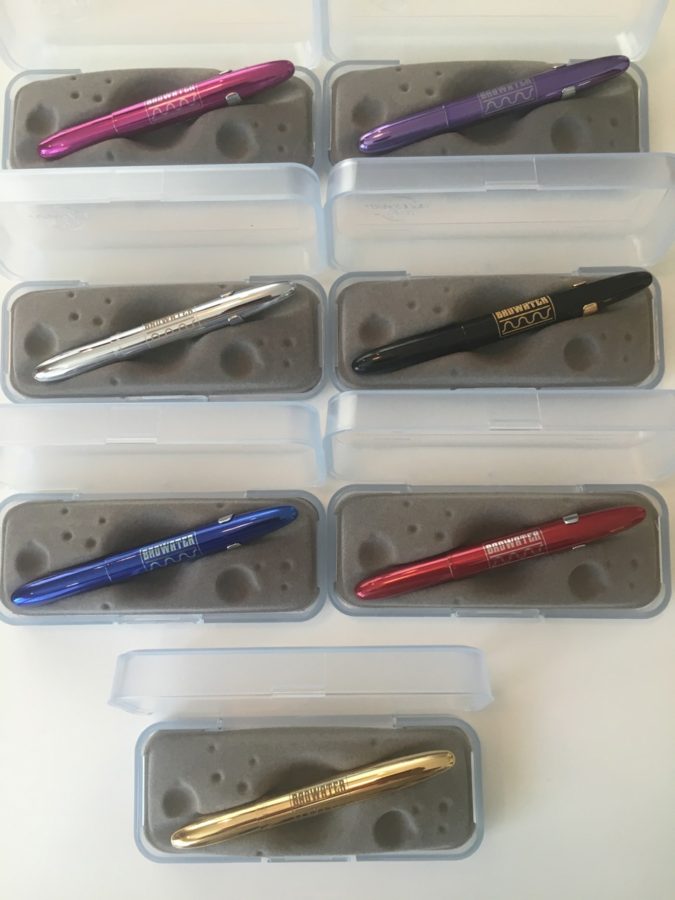 It’s no coincidence that the Fisher Space Pen display boxes look like the surface of the moon! Fisher Space Pens have been carried on every manned NASA mission since Apollo 7!