If any one person has “seen it all,” literally, at the world’s toughest foot race, it’s Dr. Lisa Bliss of Spokane, WA. It all began in 2002 when she served on the support crew for Steven Silver. He notched his sixth and final finish that year, but Lisa’s long love affair with Death Valley, Mt. Whitney, and the Badwater Family had only just begun.

In 2003 Lisa returned to head up the race’s first ever Medical Team, an important step in the evolution of, and focus on safety and professionalism for, the 135-mile foot race held in the world’s most inhospitable environment.

In 2004 she organized the Medical Team before the race, then toed the starting line as competitor. She placed 3rd woman and 15th overall in her rookie debut, with an impressive time of 37:41:48.

In 2005 she returned as Medical Director, while also heading up the “Study on Fluids and Electrolyte Balance: Hyponatremia in Ultramarathoners,” enlarging on her career in the science of ultra sports, something which would lead her to presenting several years’ worth of research findings and making her an in-demand speaker at sport science conferences.

In 2006, Lisa once again organized and directed the Medical Team, and also conducted more research on the athletes, this time a “Sodium Balance Study,” which, among other things discovered that “those who reported the most heat acclimatization training prior to the race had a lower sweat sodium concentration at the start,” and “sodium balance homeostasis was maintained despite extraordinarily challenging conditions and bodily stress.”

Entering 2007, Lisa had crewed once, competed once, directed the medical team for three years, and conducted two years of scientific research at the race. Having seen and done and learned so much at Badwater, literally nobody knew what she knew about surviving, and succeeding, at Badwater. It was time to get back in the arena as a competitor and put all that knowledge and wisdom to good use!

The 2007 race was never easy for Lisa; she had to stop twice to tend to major blisters, and she battled through a variety of challenges. But, aided by a crew of close friends, she pressed on, racing towards her own vision of her highest self. At mile 72 at Panamint Springs, she was three hours, 25 minutes behind the women’s race leader, a rookie fireball named Jamie Donaldson.

As the miles and hours passed, Lisa discovered that she was getting stronger and stronger. On Towne Pass she had been the fifth woman, but from there on she started passing her rivals one by one all the way to Lone Pine where she finally caught the now ailing Jamie Donaldson.

“Maybe they just went out a little too hard. Maybe I benefited from all those long stops I was taking to tend to my blisters and tendon problem. I don’t know, but at around 90 miles I started to feel real good and just began running. I must have had the fastest woman’s split form Darwin to Lone Pine. I ran the whole way,” said Bliss after the finish.

Bliss passed Donaldson at Lone Pine, 122 miles into the race with only 13 miles remaining, and went on to win with a time of 34:33:40. Everybody was happy for Lisa, even the competitors she’d passed on the way into Lone Pine and on the way to Whitney Portal.

Never one to bask in glory, or to try to “defend a title,” Lisa returned to Badwater in 2008 and 2009 to again head up what had become, with her direction and inspiration, the finest Medical Team at any ultra event. That same Medical Team from 2009 is back in 2010, with one new addition, proof that Lisa is a great leader who brings out the best in people who want to work with and for her.

Over nine years, Lisa poked and prodded ill-stricken racers (and crew members and even race sponsors), who, more often than not, were able to complete their races after receiving care from Lisa and her team. She saw athletes at their worst, she took care of them with an ever-present smile, she observed, she learned, she listened, she put her food down whenever necessary, and she has done her best, always, to help the Badwater Ultramarathon remain a safe and respected race. For that, and so much more, we are thankful. 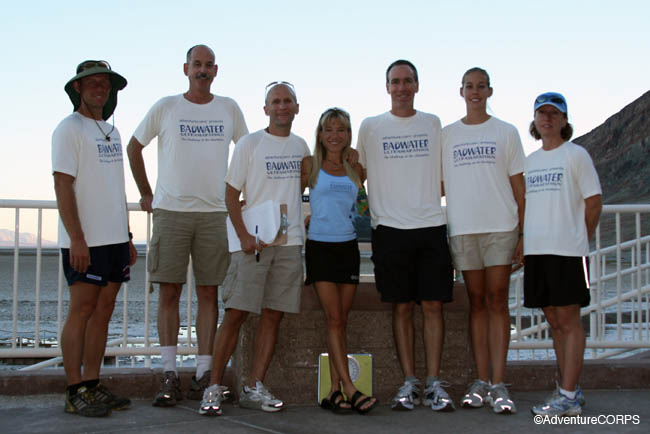 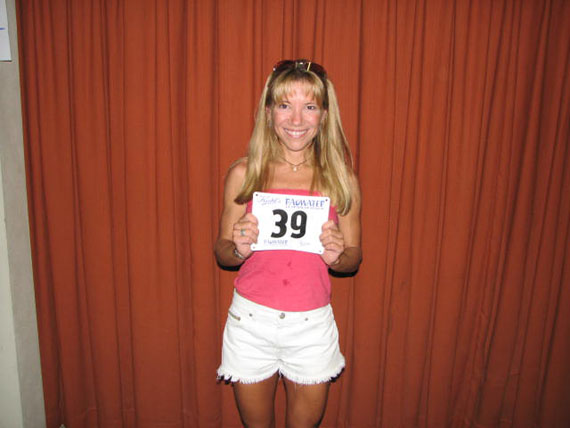 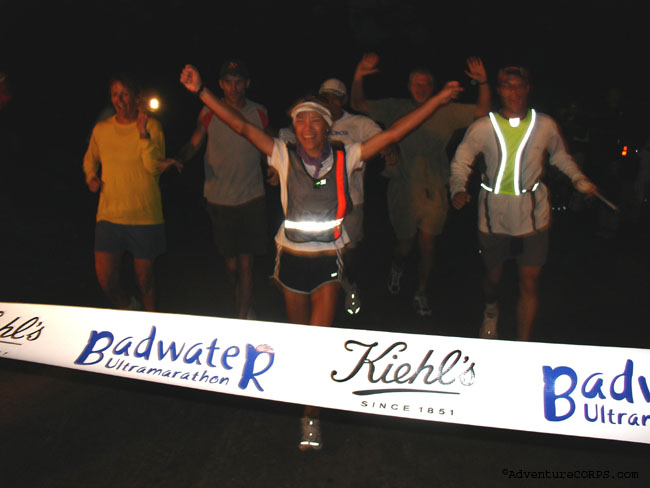 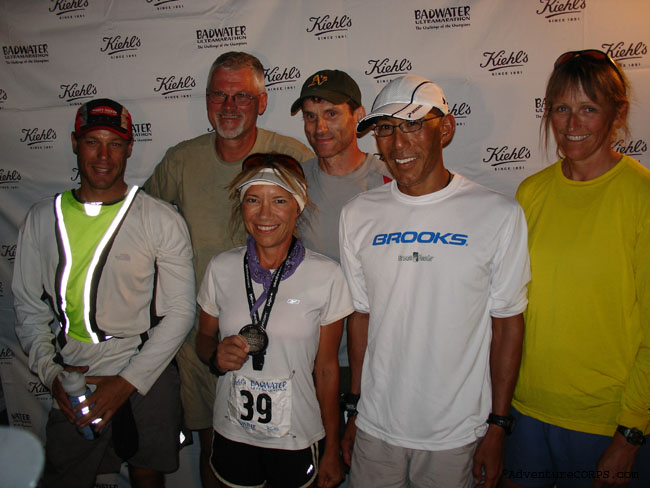 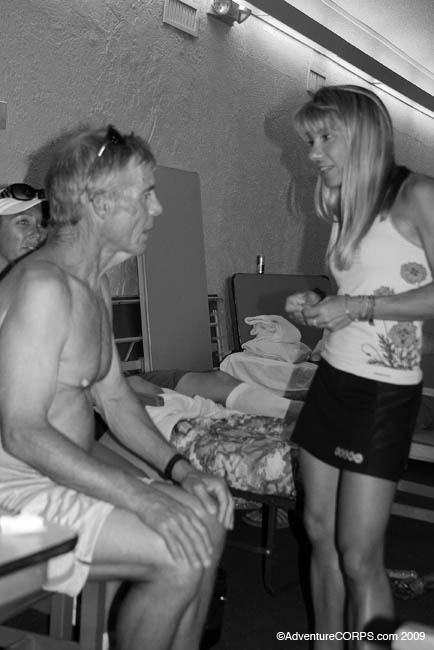 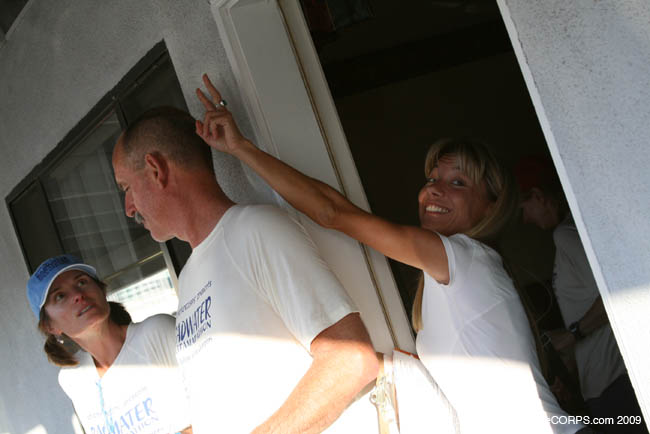 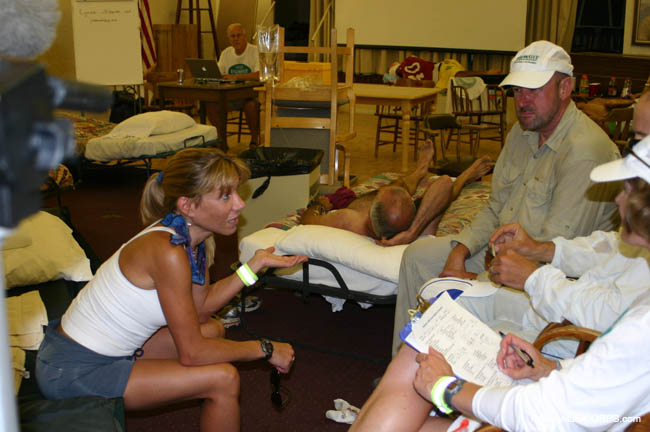 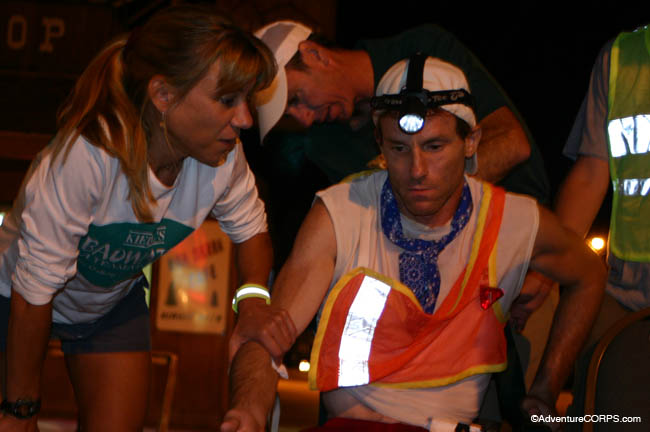